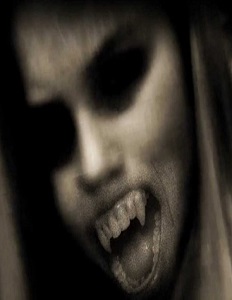 When Jure Grando died in 1656, he was buried in the village of Kringa, part of the Italian Republic of Venice. Days later, he was reported walking through the streets and knocking on doors. Legend has it a strigon would live off the blood of children and knock on the doors and windows of those who were destined to die early. Sixteen years later, the mayor decided to rid Kringa of him for good. When his grave was opened, his corpse was fully intact. After being decapitated with an axe, blood poured from the corpse, and he was considered officially dead for the second time.

In the early 1700’s, most of Europe was taken over by a vampire epidemic. Whether real or imagined, people were frightened and stories abound during that period. Everything from the Black Plague, cholera, and cases of tuberculosis were blamed on vampires. When people don’t understand something, it frightens them and they have a need to find something to blame. Times were bad, cities overcrowded, diseases ran rampant- but instead of blaming themselves, vampires became the scapegoat. By 1714, all of Europe was in a state of hysteria and it was spreading to other continents.

In 1725, Peter Plogojowitz died in the Serbian village of Kisolava. Three days after his death, he returned home and demanded food from his son. The second night, his son refused. Due to this, his son and nine other villagers died of the plague after villagers reported seeing Peter walking through the village at night. To rid the city of the vampire and assuage panic, an Austrian army official drove a stake through all of their hearts and decapitated their corpses to prevent them from rising again.

In 1730 Haidemaque, Hungary, reports and eyewitness accounts document a farmer and his family. They had taken a soldier in for the night when dinner was interrupted by the farmer’s father, who proceeded to kill his son. The only problem was that the murderer had been laid to rest 10 years before. The soldier gathered some of his men the next morning and dug open the monster’s resting place. To their horror, they unearthed a non-decomposed corpse. It had fresh blood running down its mouth, a bloated/well-fed stomach, and evidence of hair and nail growth, along with a ruddy and rosy complexion. He was decapitated.

In 1799, 6 of the 14 children belonging to “Snuffy” Tillinghast were dead after claiming the first to die, Sarah, had been visiting the rest of them at night. When they were exhumed, all were in advanced stages of decomposition except Sarah. After claiming seven victims, her heart was removed and burned in the family home, ending their curse.

In 1888, grisly murders shocked the residents of Whitechapel. Women were being torn apart like animals, the work clearly that of a depraved mind. For some, these atrocities were the work of a flesh and blood man, albeit a terrible one. For others, they wonder… could it be that the murders were particularly horrendous because the killer was ravenous? After all, the women were being brutalized, parts missing, blood everywhere. Could the murderer have simply been slaking his unquenchable thirst? If so, this could explain why Scotland Yard couldn’t find him… he was a ghost, untraceable.

In 1892, The Brown family of Exeter lost several members to tuberculosis. When another child fell ill, villagers exhumed the bodies of the previous members who had died. Upon finding Mercy Brown’s body showing signs of life, along with blood on her lips, they concluded she was feeding from her sick brother. Her heart was removed, burned to ashes, then mixed with water. This was then fed to her brother, who managed to hang on a little while longer, though obviously he still didn’t survive.

Everyone knows the story of the mystic and healer Rasputin. We’ve also all heard the rumors of his talents at escaping death. There were several failed assassination attempts, including being poisoned with enough cyanide to supposedly kill ten men. When that didn’t work, he was shot at repeatedly, then clubbed before being thrown into the Neva River. When his body was recovered? The official cause of death was drowning after being stuck under the ice. Clearly, this was no mere man, whether you believe in vampires or not.

These were eight tales of deaths and strange circumstances that led villagers and authorities to believe vampires walked among them. Graves were exhumed and specific vampire burials rites were carried out to protect innocents and those they left behind. What happens when flesh and blood humans decide to carry out horrific misdeeds in the name of the vampire? Others pay the price. Next, we’ll track the true crimes of those who claimed to be vampires in order to excuse their bloodlust.