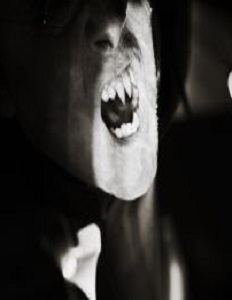 The thirst is unimaginable. Nothing slakes it, you can drink a gallon of anything and you remain hopelessly parched. You’re trembling, body wracked with pain as you purge what feels like anything that remains in your system from your past life. Before you became… this. Before you died. Glancing in the mirror, you recoil as you realize you can’t see your own face. The visage that had always greeted you, so familiar, is gone. In its place, only emptiness where you know you still stand. You vaguely remember the night before, a dashing stranger, flirtatious glances. The feeling of being followed on your way home, the rising fear of knowing you weren’t alone. Then there’s nothing, just a blackness in your memories until you woke on the cold floor, something different. Something… undead.

It has been said that every myth or legend is based on some kind of fact. From cryptozoology to things that go bump in the night, history has a way of proving our bogeymen and monsters could be very real. Everyone is familiar with Bram Stoker’s “Dracula”, regarded as the foremost depiction of a new and improved creature of the night. It would surprise some to know, however, that Stoker wasn’t the first to write about the bloodthirsty villain stalking the darkness. It was, though, one of the first seemingly fictional accounts.

Throughout recorded history, vampires all share similar traits. A vampire is said to rise from the dead, feed off the living, live forever, and have fanged incisors. There is also almost always power over something or someone else. But where did these well-known characteristics originate? What helped create the image of a vampire as portrayed today?

Contrary to popular belief, vampire mythology was not born in Transylvania. Legends and myths can be found in virtually every part of the globe. The accounts date back to the earliest cultures and can be found in over 95% of the worlds regions in various different forms. The earliest attested cases of types of vampirism come from the Far East, places like China, India, and South Asia.

The Chinese Jiang Shi dates back thousands of years. His rumored method of feeding was touching the victim to kill, and then draining the corpse of its chi/energy. There is a Cult of the Ancestor in China, meaning that you must treat your ancestors with respect and dignity. If you do not bury them according to proper rituals and Feng Shui, then your relatives were doomed to arise again as the undead.

Just as ancient is the Hindu goddess Kali. She has fangs, wears a necklace of human skulls, is dark, lives in graveyards, and reportedly enjoys sacrificial blood as an offering. She is typically used today as an image for Pagans using Dark Magic or to invoke a high level of protection for self-proclaimed children of the dark. The power and magic associated with blood reach back into the dark origins of human history. Many religions around the world recognize the power of spilling human or animal blood. Sacrifice to these old gods is still as popular today in certain places as it was nearly 1.000 years ago.

Surprisingly, even Western religious mythology has its share of vampiric motifs. In obscure Hebrew folklore, the primordial woman Lilith was Adam’s first wife. After an argument on who should be on top during sex, she left Adam, becoming history’s first feminist and rebel. To denounce men, she has sex with animals and demons. She is said to take her anger out on human infants, stealing them and draining them of their blood, an explanation for crib death. This was mysteriously missing when the New Testament was unveiled.

One can still find mysticism in the New Testament, though. Vampires are said to create another by the sharing of their bodies and their life force. It is said God created a new wife for Adam using his rib. Also, even today, people symbolically eat and drink the blood and body of Christ during Mass. To really muddle the waters, consider that Jesus arose from the dead and was more powerful after his rebirth. Remember, rising from the dead as a more powerful entity is one of the oldest and most universal traits of vampire legends. Jesus, a vampire? Blasphemous, to be sure, but there’s no denying the stories and practices fit the criteria.

When it comes to vampires, there are so many odd questions among the stories. Why are some stopped by garlic and religious iconography, and some aren’t? How can some see their reflections and turn into animals and others cannot? Well, part of that has to do with whether we’re focusing on the more fantastical stories or those that seem… a little more believable. Next, a historical timeline of potential vampiric atrocities exposed.